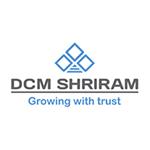 DSCL is a diversified company, with key interests in agricultural products (sugar, urea and agri-inputs) and the chloro-vinyl chain (chlor-alkali and PVC). The company has also expanded into newer ventures such as Hariyali Kisan Bazaar (a chain of rural business centres), Fenesta Building System (UPVC doors and windows) and hybrid seeds. DSCL’s operations are based out of Kota, Bharuch, Central Uttar Pradesh and Hyderabad. In Kota, DSCL has a fully integrated unit with chlor-alkali, PVC, urea and cement plants and a captive power plant.

The company also has a chlor-alkali plant in Bharuch along with a captive power plant. The sugar operations of DSCL are based in Central Uttar Pradesh.

In March 2016, the company has undertaken a programme to modernize of technology of its existing chlor-alkali facility located in Bharuch, Gujarat and Kota, Rajasthan; and expansion of captive power plant by 55 MW to support expansion of chlor-alkali capacity.

The company’s Bharuch site includes two plants, a 450 TPD chlor-alkali plant and a 55 MW coal based captive power plant to provide steam as well as electricity for the chlor-alkali plant. The new zero-gap technology will be adopted for the chlor-alkali expansion. Bharuch site is 47 ha and located in a 1,700 ha chemical industry park, Jhagadia Industry Estate, developed by Gujarat State in 1994. Both chlor-alkali and power expansions will be built inside existing plant site, which is surrounded by other chemical industries. No EPC constructor is used and DCM Shriram manages the construction by its own team. 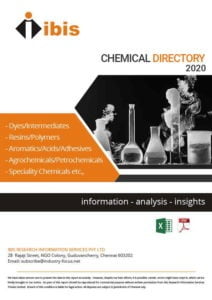